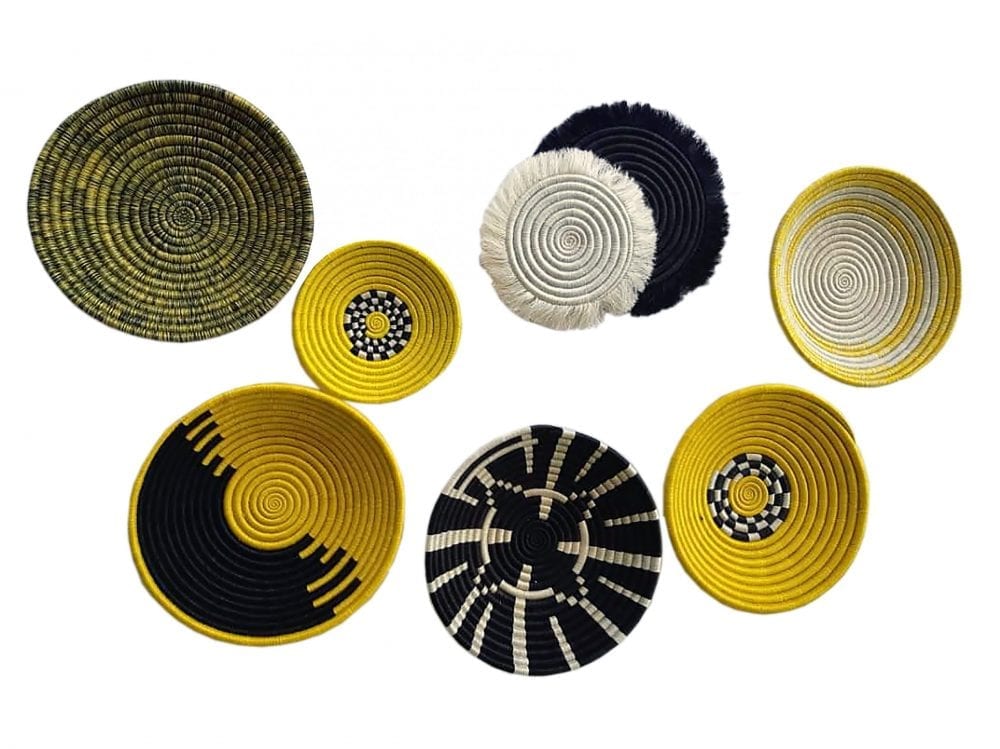 Agaseke is a beautiful handcrafted basket made of natural woven fibres. It has been part of the RWANDAN culture for centuries as a symbol of generosity, compassion, gratitude and friendship. Customarily, it was woven by women and used for numerous functions ranging from storage to ceremonial gifts.

However, after the 1994 genocide against Tutsis, this age-old tradition took on a new and powerful meaning. It became a symbol of peace and love, bringing together all RWANDAN women irrespective of their ethnicity or differences. It also became a major source of income to the majority of women who had lost their husbands to genocide and were forced to make a living.

This basket is elegantly designed with its iconic zigzag patterns which represent the image of two women holding hands to embrace reconciliation, unity and hope for the future of RWANDA. It represents an inspiring beautiful story of forgiveness and compassion that we hope will inspire you too.