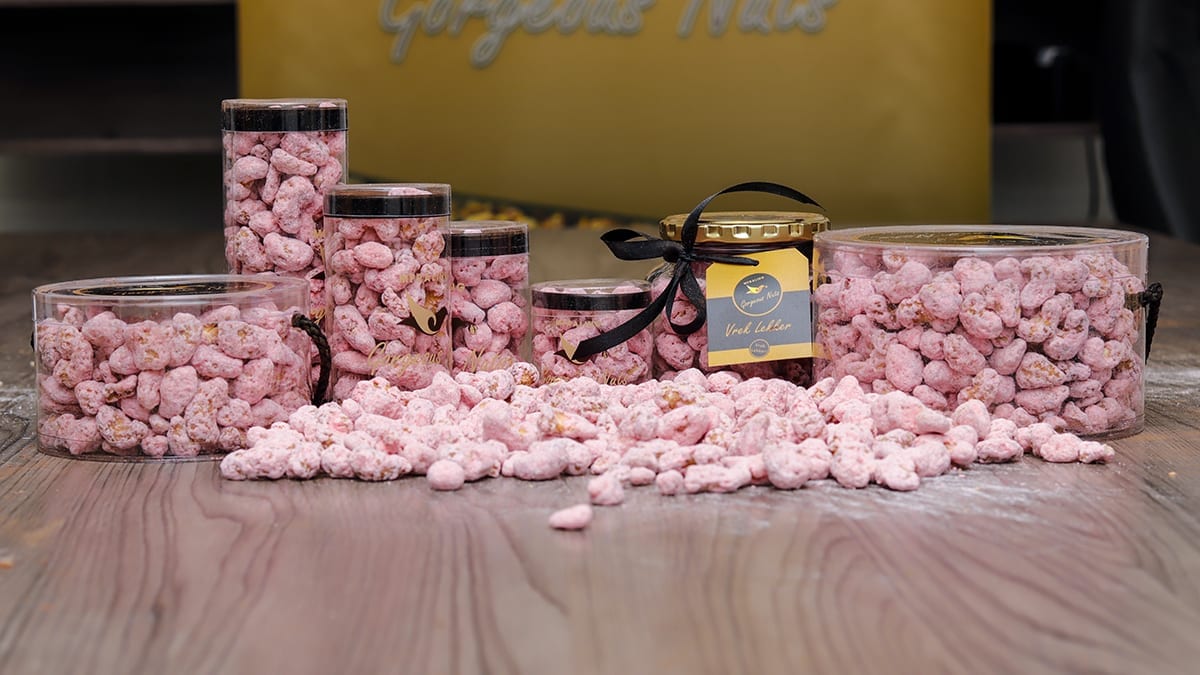 A nut is a fruit composed of an inedible hard shell and a seed, which is generally edible. In general usage, a wide variety of dried seeds are called nuts, but in a botanical context “nut” implies that the shell does not open to release the seed (indehiscent).

We have it in various flavors, such as caramelized, sesame, lemon, strawberry, dusted coco and the yogurt in cashew nut, and almond also but it’s only produced in 2 flavors yogurt and dusted coco.

Try our famous Gorgeous Nuts from around the world.